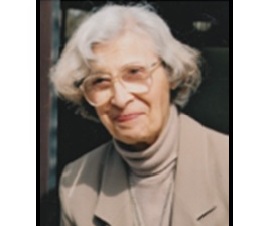 ‌Dr. Lila Fahlman was an educator, philanthropist and social-justice advocate who founded the Canadian Council of Muslim Women in 1982. Dr. Fahlman grew up in a Muslim family in the tiny Village of Limerick, Saskatchewan, with a Lebanese father and English-American mother. She was heavily involved in her community, including as a member of the Girl Guides of Canada and as part of the honour guard when King George VI and Queen Elizabeth came to Canada during the 1939 royal tour, the first time a reigning monarch had visited the country. Dr. Fahlman raised three children and then earned her education degree in 1962 from the University of Alberta, going on to work as a home economics teacher at Jasper Place and Ross Sheppard high schools. After becoming the first woman in Canada to obtain her PhD in educational psychology in 1982 from the University of Alberta, she went on to work as a school counsellor. All three of Fahlman’s children also became teachers. Dr. Fahlman was the first Muslim woman in Canada to sit on a school board when she was elected as an Edmonton Public Schools trustee in 1986. She led the non-profit World Interfaith Education Association and worked to integrate Islamic education into the public school system in Edmonton. In 2001, she became the first Muslim woman awarded the Order of Canada, in recognition for her service to the Muslim community, her work to curb violence against women and her efforts to promote interfaith dialogue. Dr. Lila Fahlman School will be a place where everyone can REACH FOR THE STARS!‌